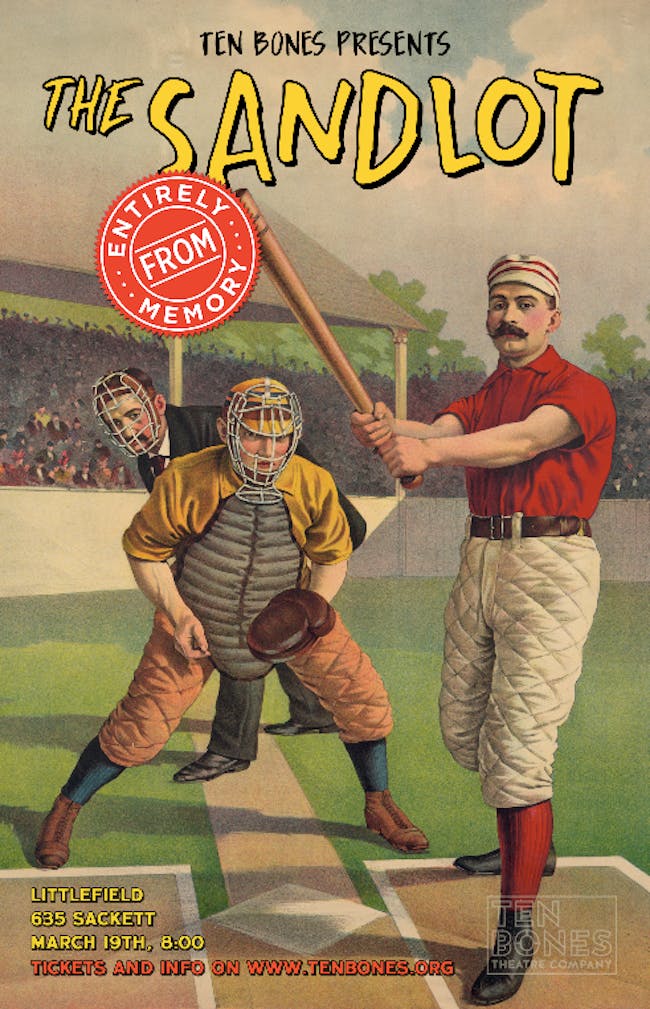 The Sandlot Entirely From Memory

Ten Bones Theatre Company is thrilled to be back for our next installment of the Entirely From Memory series.

Performers will attempt to recreate the beloved classic "The Sandlot" without the aid of scripts, rehearsals, or sobriety. All they will have will be their memory and a recent viewing of the film. How certain are we that they'll succeed? So certain that we're making it harder for them.

-One lucky audience member will be given a horn that they can honk three times. Once honked, the actors must create a deleted scene that has no business being in "The Sandlot" but makes perfect sense given where they are in the story.

Join us as we remember that one crazy summer when we tried to get a ball out of a dog's mouth. 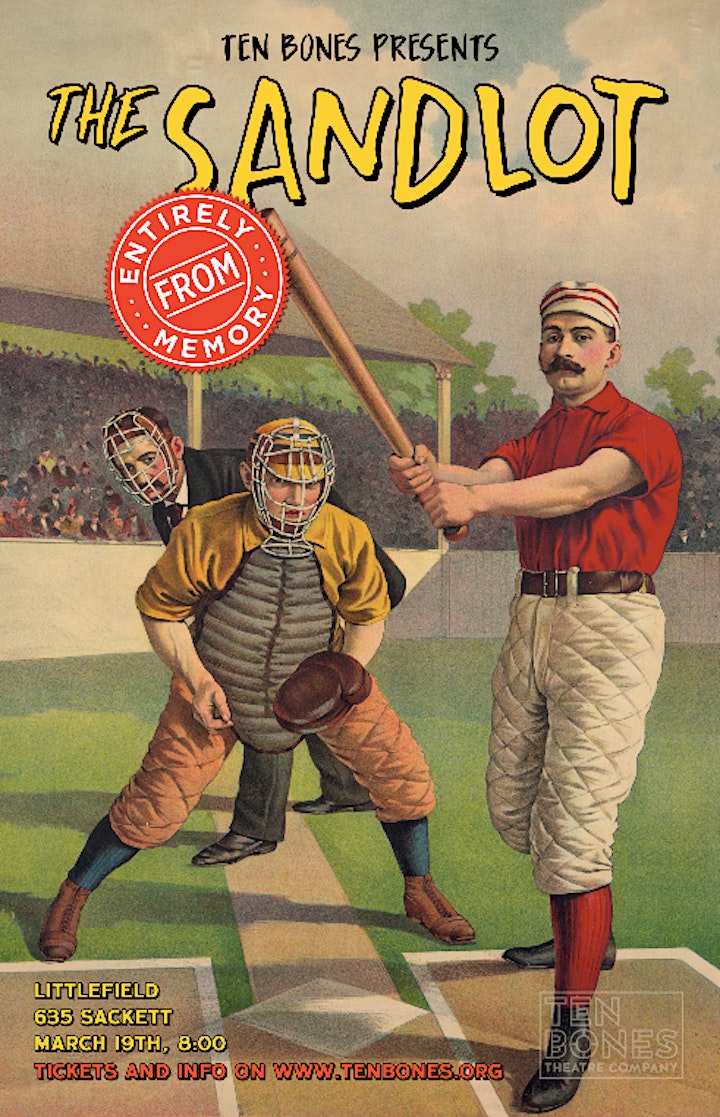