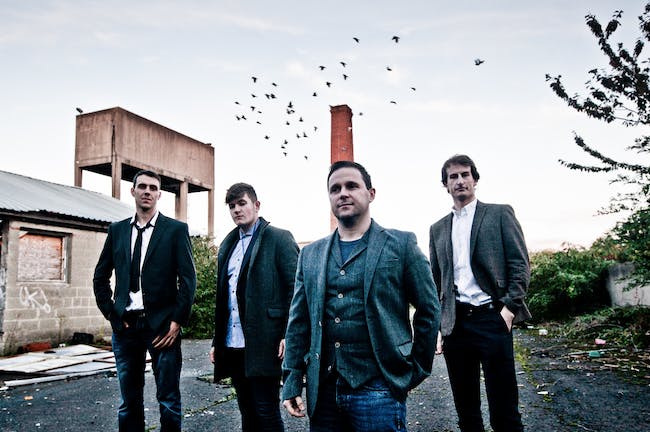 In the year 2013, weathering the initial hitches and hiccups and bothers and blips of starting a band, The Jeremiahs formed to become a welcome gopher in the garden of Celtic music.

They shape their sound with Dubliner Joe Gibney’s beautiful vocals and some whistle (not at the same time); Julien Bruneteau from Brittany who plays whistle and flute; Dublin based James Ryan who holds down the rhythm section on guitar and bouzouki and a few choice effects pedals; and finally Jean Christophe Morel,a frenchman drawn to Dublin by Irish Traditional Music, who does the bulk of the work on fiddle.

They heralded their arrival and gained immediate recognition by winning the Ballyshannon Folk Festival showcase competition their first year out. Two years later they’ve released their self titled album which includes the track ‘Forgotten Sons’ that Christy Moore picked as the song that “tickled my ears the most “and won the 2015 TradConnect Songwriters’ Showcase.

Thus far the band has graced many stages during successful tours in countries such as Ireland, Russia, Germany, Denmark, England and Scotland. So get out and don’t miss them!