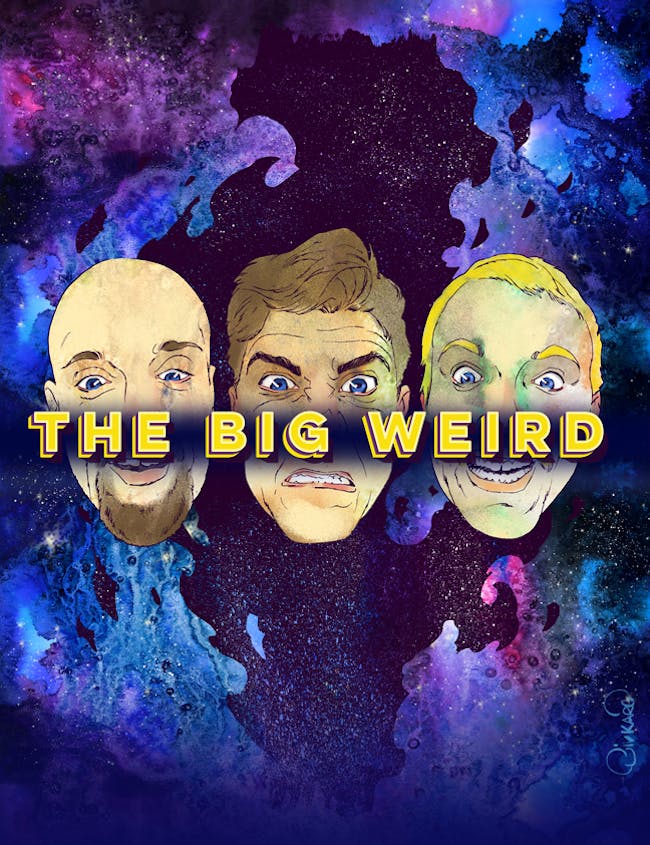 The Big Weird is hosted by:

Will Winner (The Good, The Dad, and The Ugly Podcast, Huffington Post)

Portion of the proceeds to benefit ONE TAIL AT A TIME.

Casey James Salengo is a New York City based comedian who has been featured on Comedy Central Presents, Jimmy Kimmel Live, and This Week at the Comedy Cellar.

Will Winner is a comedian/writer/filmmaker based in Ridgewood, New York. He has been featured in The Brooklyn Comedy Festival and District of Comedy Festival.

Kara Klenk is a stand up comic, writer, and actor who grew up in Connecticut, currently lives in Los Angeles, and started her comedy career in New York City. She was named by Time Out New York as one of the Top 10 Funniest Women in NYC.


Kara has appeared on Netflix, Comedy Central, Nickelodeon, Oxygen, Hulu and more. She has written for Netflix, Nickelodeon, MTV, TVLand, and Comedy Central and most recently for RuPaul’s Drag Race on VH1. Her debut album, Undefeated was released in 2019 and went to #1 (briefly) on the comedy charts. She also produces/hosts a long-running stand up show, If You Build It, at the Upright Citizen's Brigade Theater in New York as well as Better Half Comedy in Los Angeles.

Matt Wayne is a comic based in New York City, and has been featured at the Bridgetown Comedy Festival and the Laughing Skull Comedy Festival. Matt has appeared on Comedy Drop on IFC.com, Adam Devine's House Party on Comedy Central, and made his feature film debut in the forthcoming Solo Project.

Ahri Findling is a writer and comedian living in New York City. He currently writes for Nikki Glaser is Obsessed on E! and appears regularly on You Up With Nikki Glaser. He performs stand up in clubs and colleges all over the country. He has performed in festivals including : New York Comedy Festival, Trial by laughter, Devil Cup, Laughing Devil Comedy Festival, Brooklyn Comedy Festival, and the Pittsburgh Comedy Festival. He has recently been featured on Bravo and Comedy Central Digital. Ahri will make his TV debut on Amazon in 2020.