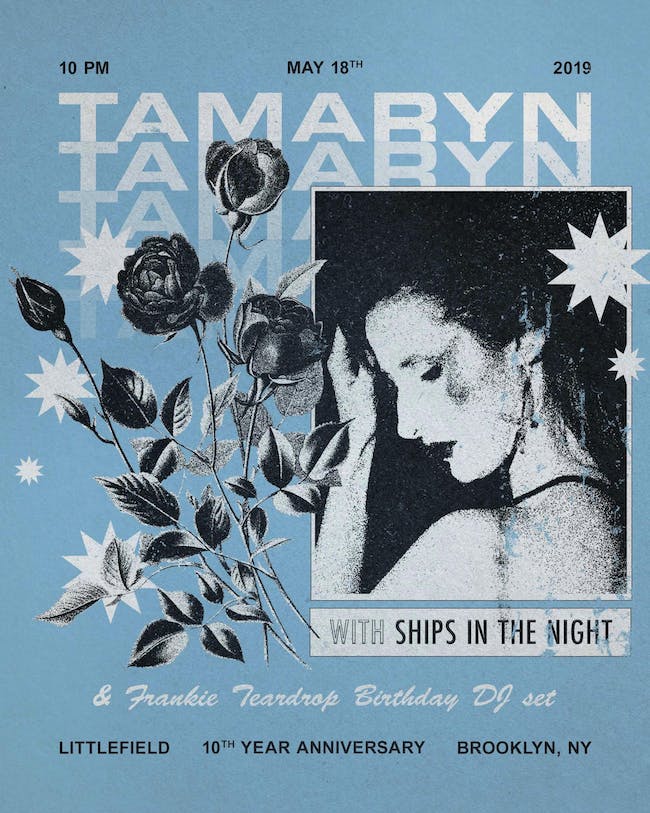 Ships in the Night, Frankie Teardrop

iCal
Google
The ever-evolving artist brings her genre-melding dreampop to Littlefield as part of our 10-year anniversary celebration!

Tamaryn has been crafting gothic dreampop and soaring shoegaze records for the better part of a decade. With each subsequent release she has both expanded her sonic palette and playfully deconstructed it, the project itself an iconoclastic exploration involving a variety of collaborators and genre-melding that has spanned three previous albums, an EP and a handful of singles. While 2015’s lush Cranekiss marked a synth-inflected left turn for the artist, Dreaming the Dark pushes her sound even further. It’s simultaneously her hardest, darkest record and still somehow her most accessible, landing squarely in the sweet spot between between pop and post-punk.

Produced by and co-written with Jorge Elbrecht (Ariel Pink, Frankie Rose, Wild Nothing, Gang Gang Dance), the nine tracks on Dreaming the Dark represent an emotional and aesthetic evolution, the front and center guitar washes and foggy ennui of her earlier records giving way to crystalline beats, synths and lyrical narratives aimed directly at the jugular. While the record still occasionally mines a 4AD-adjacent musical palette—all manner of Cocteau Twins gauze, her Kate Bush meets Tears for Fears level vocality and melodic guitar lines that might have swirled off of a mid-80’s Cure record—Dreaming also pack a hefty emotional wallop. The album flirts with the aesthetics of classic 80’s synthpop while playing at the fringes of hip hop production and forward-thinking electronica.

Opening track “Angels of Sweat,” a dynamic bit of synthpop that unspools with the kind of effervescent quality of a classic Simple Minds single, establishes the album’s soaring emotional timbre— “Embrace your desire, Lived so many lives, It’s already night.” While elsewhere, tracks like “Paranoia IV” and “Victim Complex” (“When you hurt me, the scream is for everyone…”) split the difference between the staccato of late 80’s Wax Trax and the undeniable pop dazzle of early Depeche Mode singles. Elsewhere, “Terrified” and “The Jealous Kind” play like long-lost singles of the 120 Minutes era, the latter equal parts Cyndi Lauper and Book of Love.

Though the musical references on Dreaming the Dark are undeniable for anyone who may have come of age worshipping at the altars of NIN or Strawberry Switchblade, like all of Tamaryn’s previous releases, it’s a record that fully transcends it’s inspirations. In addition to unspooling like a collection of nine standalone singles, it’s easily the most emotionally astute and fully-throated collection of songs she has ever released, both figuratively and literally. “Fits of Rage” and “Angels of Sweat” not only show off the power and range of her voice—via a healthy dose of punk-appropriate howls—they also represent a kind of deepening emotional maturity that informs all of the best parts of Dreaming the Dark. Whether it be understanding painful relationships, unpacking troubled sexual dynamics or coming to terms with the loss of a cherished friend, the album presents a hard-earned way forward. It’s a state of being most clearly articulated on “Path to Love” - a song that might very well serve as the record’s still-beating heart: “I’m choosing a path that leads to love, I’m taking what’s mine and giving it up.” Light, dark, and light again, the Dreaming the Dark peers into the darkness and asks the age old question, “Are you a good witch or a bad witch?” The correct answer is always both.

Support: Ships In The Night 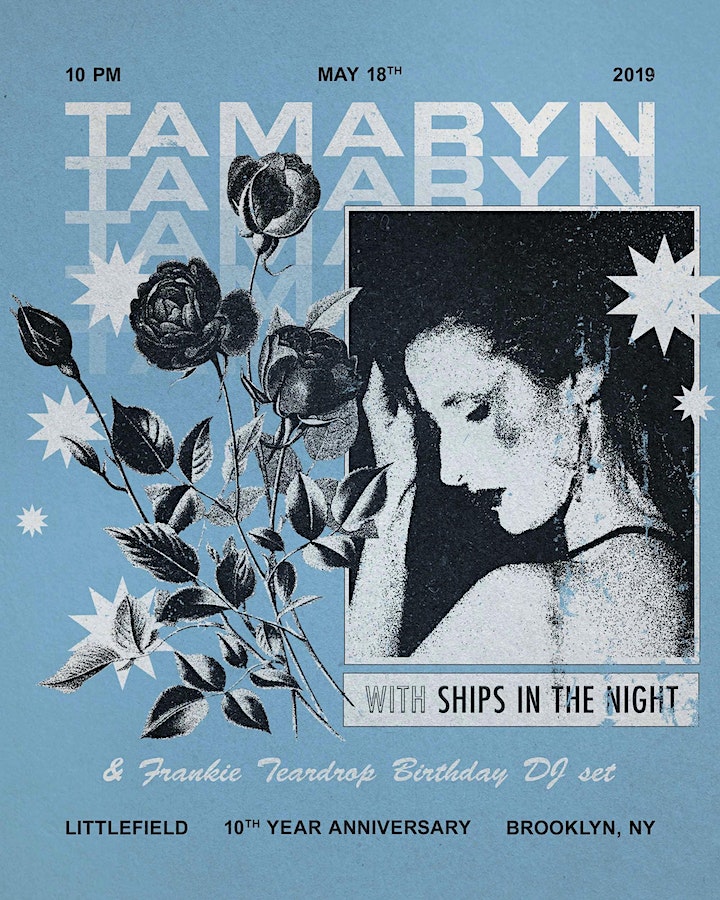