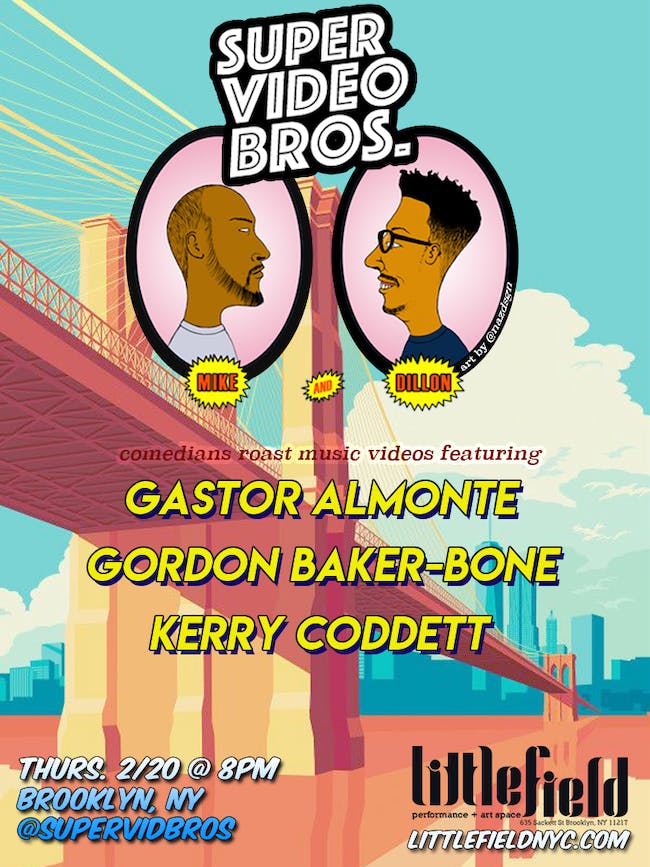 iCal
Google
Super Video Bros is a live comedy show that feels like a party with comedians, journalists, raffles and a celebration of the MUSIC VIDEO! 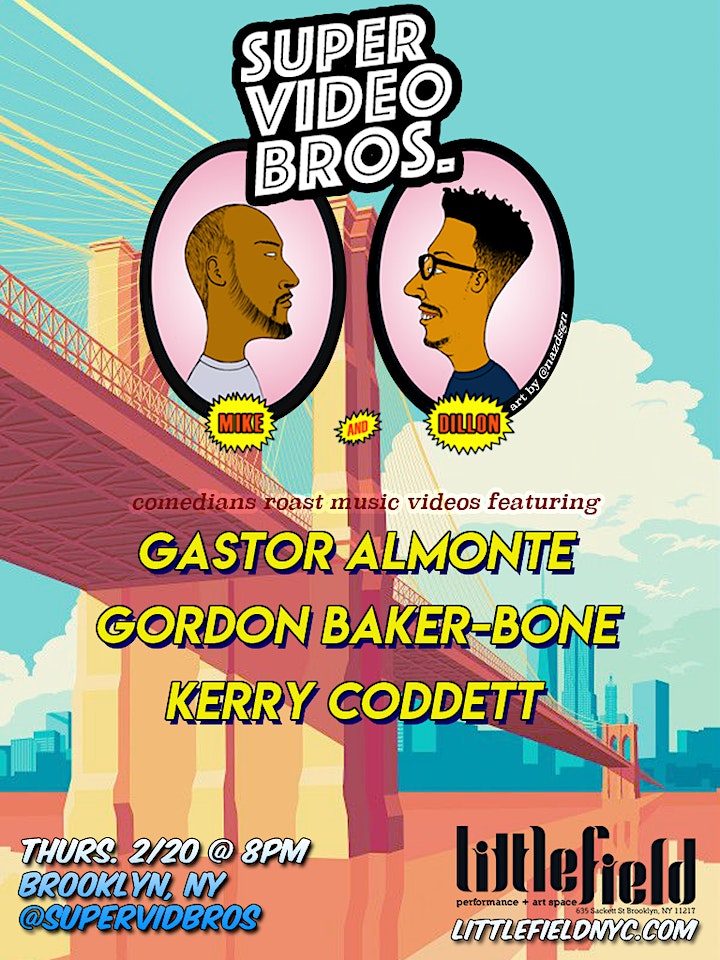 Kerry Coddett [Cah-dit] is a New York- based stand-up comedian, actress, and writer. Touted as “inimitable” by The Huffington Post and as “a rising star” by the Interrobang, she has also been featured in numerous publications, including Entertainment Weekly, Mic.com, Elite Daily, Splitsider, Elle.com, Buzzfeed, and Salon.


Kerry will appear as a recurring character on season 2 of Ramy on Hulu and she’s a core cast member on the new The Iliza Shlesinger Sketch Show on Netflix. She can also be seen on E!’s Funny Dance Show, HBO’s Crashing, both seasons of TruTV’s Laff Mobb’s Laff Tracks, and in several episodes of BET's The Rundown with Robin Thede. She was the most frequent guest panelist on Comedy Central's The Nightly Show with Larry Wilmore, a recurring cast member on MTV’s Joking Off and she’s also appeared on TruTV’s Comedy Knockout, Huffington Post Live, and Essence Live. She was also a staff writer on Wyatt Cenac’s Problem Areas, which was produced by John Oliver and aired on HBO.