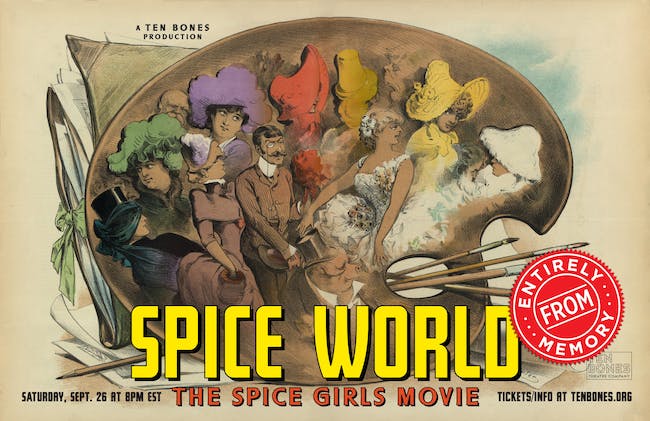 Performers will attempt to tell you what they want, what they really really want by perfectly recreating "Spice World" as best they can without the aid of scripts, rehearsals, or sobriety. All they'll have is their memory and a recent viewing of the film. How certain are we that they'll succeed? So certain that we're making it harder for them!

-One person will be given the power to cue deleted scenes. Once cued, the actors must create a deleted scene that has no business being in "Spice World" but makes perfect sense given where they are in the story.

10% of the proceeds will benefit Spread The Vote. 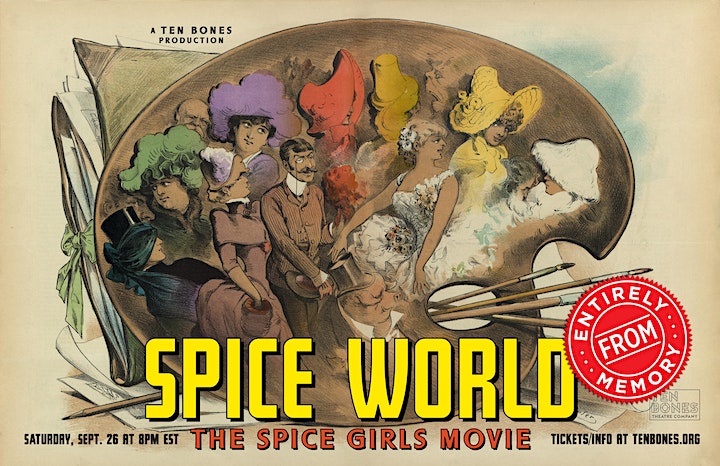