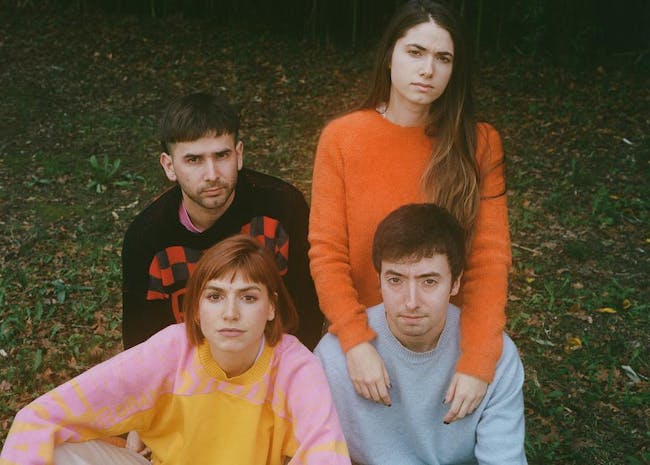 Spanish Ones to Watch

Belako, Kings of the Beach, No Crafts

iCal
Google
The best new music out of Spain.

BELAKO are Josu Ximun Billelabeitia, Lore Nekane Billelabeitia, Lander Zalakain and Cristina Lizarraga. This band from Mungia has kicked ass in the last four years playing non-stop around Spain, Europe and Mexico. Anything can happen on the stage... Power, electricity, punk attitude.

More than 100 gigs every year. 2020 is their year,already working at the moment on a new album, they will be showcasing some of their new songs at SXSW and SOUNDS FROM SPAIN. Signed to Matt Bates @Primary Agency (Alt-J, two door Cinema Club, Wolf Alice, etc) and Live Nation Spain, the international plan is strong and solid as their music.

Kings of the Beach

Despite the insulting youth of its members, KINGS OF THE BEACH is already one of the reference bands within the punk rock scene in Spain. Its sound, so many times defined as “wild, beachy and fast”, has led them to visit world-class international venues such as the SXSW, NewColossus, Marvin CDMX, Fuzzville and countless halls and festivals throughout Spain and Portugal, where their presence is increasingly noticeable in the top of the line-ups.

After selling all copies of its first successful LP “Super Awkward, Fucking Awesome”, KINGS OF THE BEACH already has the unanimous support of the critics, and more importantly, with a large fan base - among which are some belonging musicians to leading groups in the Spanish music scene - completely dedicated to their explosive performings.