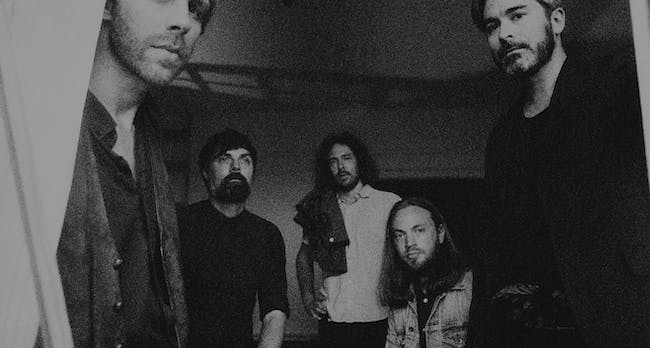 iCal
Google
Quicksilver Daydream team up with Rhyton and Swimming Bell for a special show in celebration of their latest album, Fly Oblivion.

Their recordings paint sweeping, symbolic landscapes, conjuring worlds that vibrate between the hallucinatory and nostalgic. The band draws from a deep pool of influences, owing as much to early psychedelic pioneers Pearls Before Swine as they do to the compositions of Ennio Morricone.

Formed by Lytle, as a DIY recording project, the Brooklyn-based band released their debut LP Echoing Halls in June 2017. A collection of songs the press called “a web of folk grace and psych theatricality, a spinning whirlwind of gothic intentions and languid melodies” (Pickard, Nooga.com) and “a tour-de-force psychedelic outing…tinged with glimpses of sunshine” (Matteo, ScenesMedia.com).

Brooklyn’s Rhyton (Dave Shuford, Jimy SeiTang, and Rob Smith) are leading experimentalists and improvisers who draw inspiration from unexpected sources. The trio honed their skills in projects like No-Neck Blues Band (Shuford), Pigeons (Smith), and Stygian Stride (SeiTang), and all three have played a significant role in shaping a nationally impactful and enigmatic improvisation movement from New York. Rhyton is a trio devoted to exploration built on a foundation drawn from psychedelic rock, roots musics of many stripes, and modernist soundscapes

Swimming Bell is the solo project of Brooklyn-based songwriter, Katie Schottland. Schottland uses loop pedals and other effects to create expansive vocal harmonies and soundscapes, all riding upon strong and catchy melodies. She's a self-taught musician and released her first full-length album in April '19.