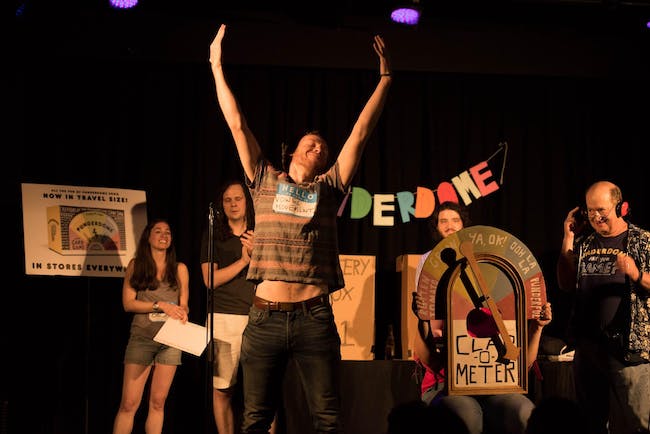 Tonight’s show will feature our Main Event - the All-Star Tournament of Pun Champions, where punsters deliver two-minute pun-stand-up routines, after only two minutes of preparation. Punderdome Champs The Pink Punther, Lexi Kahn, Vowel Movement, Punce DeLeon and The Other Pun, AS WELL AS Australian Champion Sir Arthur Pundragon, Malaysian National Champ Kung Fu Punda, and UK Pun Celebrity The Pun Lovin’ Criminal, will pun it out for ’Dome bragging rights and “As Seen on TV”-type prizes! And, that’s not all...

10% of donations/tickets will go to Action Against Hunger.