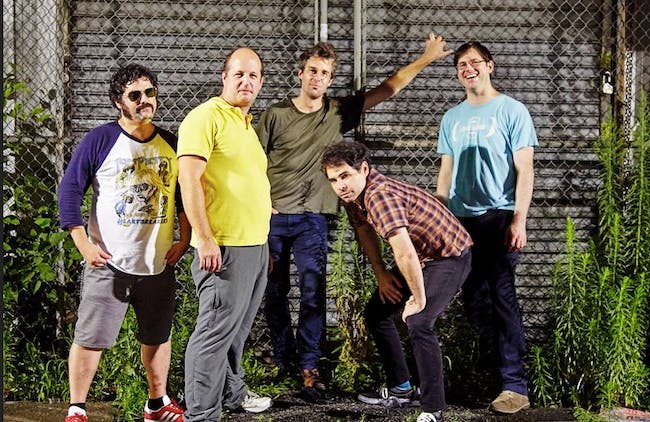 No band has been so praised for such a wide range of music over the last ten years than Brooklyn's Oneida. Nobody has come close to matching their output of dazzlingly creative, uncategorizable music. Psychedelia, minimalism, maximalism, one-step, infinitewave, blah blah blah blah... it's all there, all the time.

Romance is the latest studio album by Brooklyn psych/noise/kraut godfathers Oneida. It was recorded all over the place and it is a powerful, sweeping gesture that evokes the storied history of Oneida's dedication to a diehard independent music and art community in fashion-driven Brooklyn. This is true underground sound from a band that has released twelve albums in fifteen years and has been hailed by the New York Times, NPR, Time Out NY and the Village Voice as an original, essential voice in the history of New York's towering experimental music lineage.