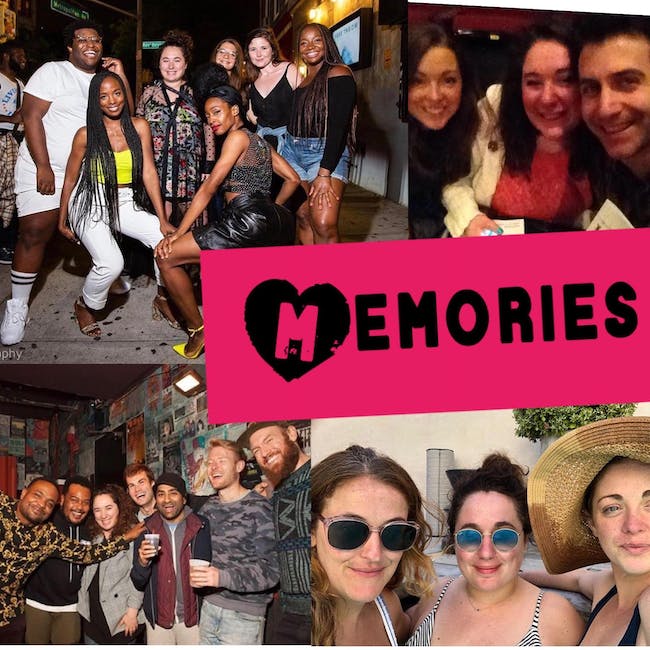 Liza Treyger invites groups of her friends to talk about a wild story they experienced together:

10 % of proceeds will benefit the Food Bank For New York City. 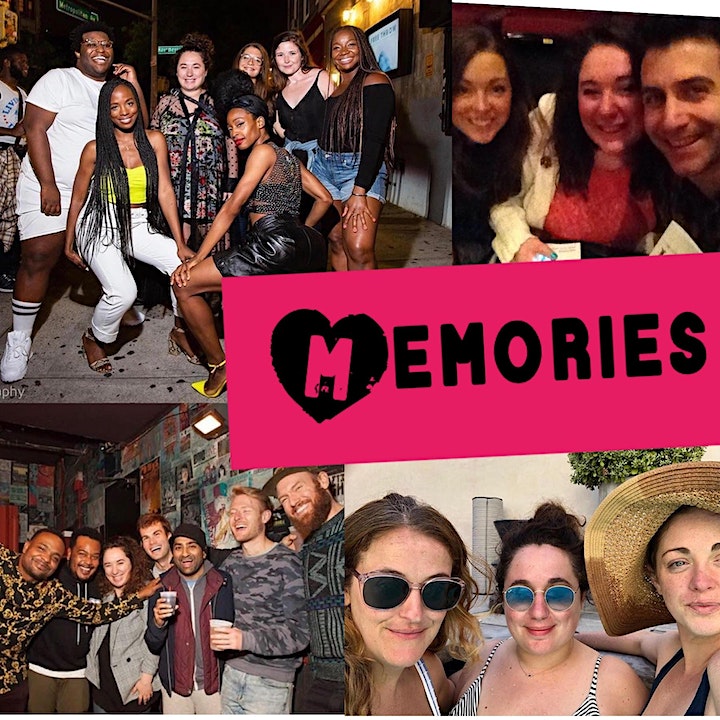 Liza Treyger is a New York based stand up comic by way of Chicago, raised in Skokie. She has her own Comedy Central half hour and album, Glittercheese. She’s appeared on Late Night with Seth Meyers, Chelsea Lately, @Midnight, This is Not Happening, Not Safe with Nikki Glaser, Horace & Pete, Adam Devine’s House Party and Lie Detectors.

Megan Gailey has performed on The Conan O’Brien Show, @Midnight and has a Comedy Central Half Hour Special premiering in 2018.


Megan was part of the 2015 New Faces show at the Just For Laughs Festival and was a featured performer at SXSW, Bridgetown Comedy Festival and a writer for the 2017 ESPYS.


She can currently be seen touring all over the country and in a national commercial for Blue Diamond Almonds. She has finally performed alongside enough famous people that her older brothers no longer hate her.

MATTEO LANE is a New York-based comedian whose stand-up special can be seen on Netflix’s THE COMEDY LINEUP. He has performed stand up on THE LATE SHOW WITH STEPHEN COLBERT, LATE NIGHT WITH SETH MEYERS, Comedy Central’s ADAM DEVINE’S HOUSE PARTY, THIS WEEK AT THE COMEDY CELLAR and THE COMEDY JAM, as well as HBO’s CRASHING. Fluent in five languages and with a singing range of six octaves, Matteo lived in Italy as an oil painter and opera singer before starting his comedy career.

Langston Kerman is a LA based comedian, writer and actor. He currently appears alongside Lake Bell and Dax Shepard as ‘Brandon’ on the ABC series Bless This Mess.

Langston’s Comedy Central Half-Hour Special aired in September 2018 along with the release of his debut comedy album “Lightskinned Feelings.”

Langston wrote for and plays ‘Adam Bethune’ on the Comedy Central series South Side, which was just picked up for a 2nd season. He also has recurred as ‘Jared’ on the HBO series Insecure.

Langston was a part of Chris Rock's writing staff for the 2016 ACADEMY AWARDS, and in 2015 he was honored as a ‘New Face’ at the Just for Laughs Festival in Montreal.

Emmy Blotnick is a stand-up comedian and writer based out of New York.


She has appeared on CBS’ The Late Show with Stephen Colbert, CONAN, and in her own half hour special on Comedy Central.


Previously, she was a staff writer on The Late Show with Stephen Colbert and head writer for Comedy Central’s The President Show.


Emmy was highlighted as one of Comedy Central’s Comics to Watch and a "New Face" at Just For Laughs in Montreal.


Her debut album Party Nights is available to stream now.

Mike Recine is either the smartest dumb guy or the dumbest smart guy in the room. He’s performed stand-up on Conan, written for the MTV Video Music Awards, performed as a New Face in the Montreal Just for Laughs Festival, and been nominated for Time Out New York’s Joke of the Year. Since his first open mic as a teenager in Jersey, he’s performed at nearly every comedy venue in NYC, blending observation and personal storytelling with a pitch-perfect dark wit. Catch him live across NYC to see one of the only guys Brooklyn hipsters and Jersey slobs can agree on.