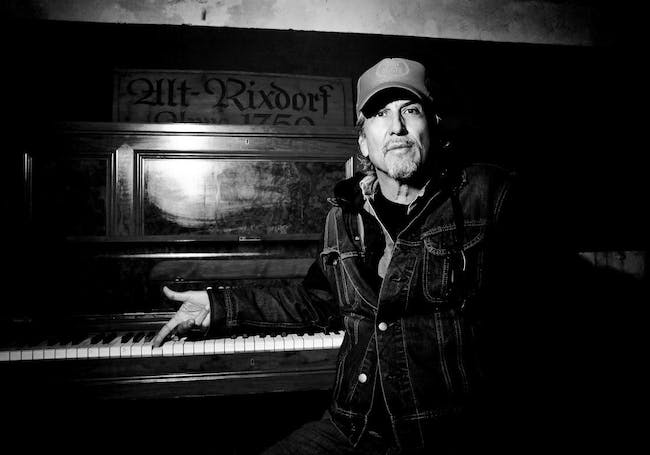 Howe Gelb chose his own name as a child as he didn’t agree with his mother’s aesthetics. He was born with one good eye and has spent his existence negotiating a 2 dimensional plane. Although his drives his car like he plays guitar, he has never had a car accident and has driven across this country countless times in 2D. This allows some evidence to the way his brain must’ve augmented such particular ocular perspective and probably means he doesn’t see things like you do, nor you like he. In addition, he is often late due to an unofficially recognized disability connecting within tick and tock; the landscape of time and clock. That said, he has never missed a plane or mode of transportation, and never been late for a gig unless it’s in his hometown. However, this has nothing to do with such disability, but all to do with family errands and general degree of desert slouch.

He was born the year Elvis had his first hit. He died up around the bend at an as-of-yet undisclosed date.

He has recorded and released too many albums: Somewhere around 60 of them, which ironically is also the number of cycles in a guitar amplifier’s hum.

Here are the things you probably want to know about his work;

Howe, if that is his real name, was born in Wilkes-Barre, Pennsylvania. After the Susquehanna River rose up to swallow his home in 1972, he was sent to Tucson, Arizona to live with his father. He began recording in the mid 70s at NPR station WVIA under the invite of George Graham back in PA. PA are the initials to the state of Pennsylvania which ironically is what he will be singing through for the rest of his life. It should also be noted that the hurricane that initiated the destruction of his hometown in PA was named Agnes, and Agnes was also the name of his Navajo girlfriend procured directly after he had moved to Tucson.

1976 - He met up with legendary duolian player & songwriter Rainer Ptacek in Tucson. Although Rainer, who was 5 years older and had his own music and bands, they started what would become Giant Sand, at first branded Giant Sandworms, which also included David Seger and the infamous Billy Sedlmayr.

1980 - Recorded his first country song soon followed in 1982 by an entire album as The Band Of ... Blacky Ranchette, 3 more albums of which were to follow.

Tommy Larkins appeared in both bands from the beginning.

1987 - drummer John Convertino ( Calexico ) joined the band and the band became a 2 piece for a while in1989 when they had both moved to Rimrock Ranch in Joshua Tree.

Pappy & Harriets Pioneertown Palace was their local hangout and Pappy and Harriet and their family became good friends. Pappy Claude Allen toured with Giant Sand in Europe and recorded several songs that appear on 2 of their albums.

1993 - the band Grandaddy gave Howe their first album to help get published. It did.

1997 - Howe assembled a benefit / tribute album for Rainer called The Inner Flame which featured an all-star line up co-produced with Robert Plant, who was a big fan of Rainer. Rainer passed away shortly after its release.

During the first decade of the new century several notable solo albums were released featuring a full gospel choir in ‘Sno Angel ( 5 star MOJO ) and a gypsy flamenco album Alegrias as well as several Giant Sand albums too, along with raising up 3 kids.

2017 - released the follow up Further Standards to it predecessor.

2018 - released the newly re-recorded first album by Giant Sand Returns To Valley Of Rain in a way that original release should have sounded along with all original members Scott Garber & Winston Watson as well as the band’s newest young members, Thøger Lund, Gabriel Sullivan & Annie Joe Dolan. 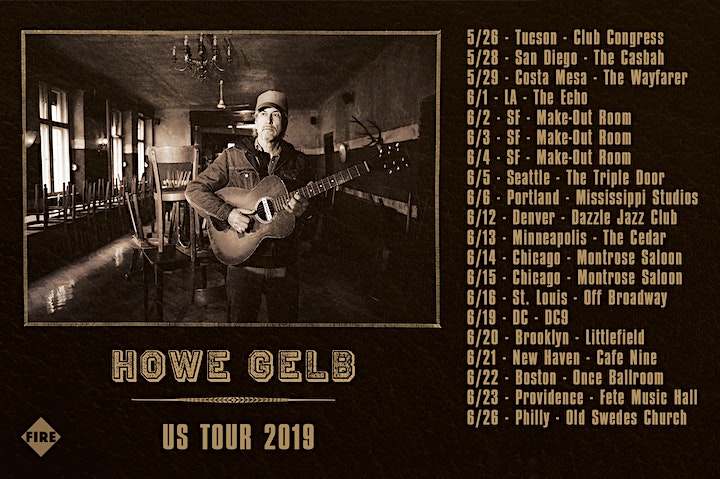