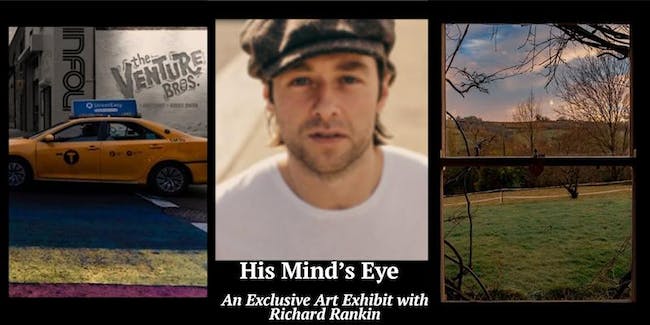 iCal
Google
Actor/artist Richard Rankin hosts his first photo exhibit at Littlefield. Be among the first to see the work - in the company of the artist.

6:30PM - Doors open - A Look Inside ticketholders only

In 2018, Scottish actor Richard Rankin returned as ‘Roger Wakefield’ in popular Starz/Amazon Prime series Outlander. He also starred in BBC One’s psychological thriller ‘The Replacement,’ last year alongside Morven Christie (The A Word) and Vicky McClure (This is England) to rave reviews.

In 2015, Richard starred in BBC One Drama, ‘The Syndicate’ and ‘From Darkness in the UK’ as well as political thriller ‘American Odyssey’ on NBC in the US. His role as Captain Thomas Gillan in the BBC One war drama ‘The Crimson Field’ was taken stateside, which aired on PBS in 2015 and Richard also acted in John Wells’ feature film ‘Burnt’ in the autumn that year.

Prime Entertainment Publicity, LLC is proud to partner with Richard Rankin on his first photo exhibit with Littlefield NYC in Brooklyn NY. Having worked professionally for many years in front of the camera Rankin turns to photography to remind himself of the beauty in the world around him.

His photography focuses on discovering abstract expressions of truth in the natural world. Richard plans on exhibiting his work in galleries across the United States.