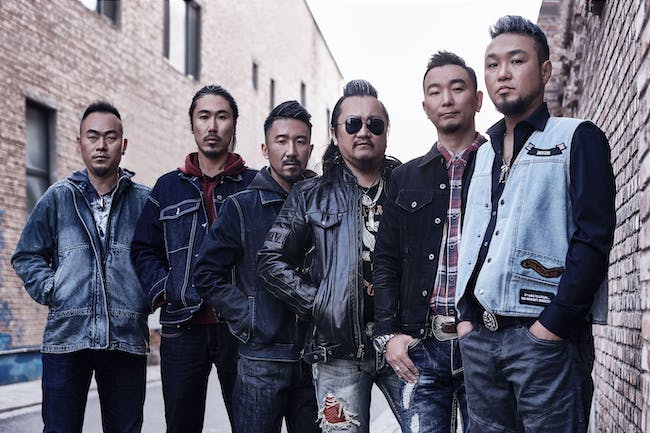 From the steppes of Mongolia by way of Beijing, Hanggai is a crossover band that blends traditional music and rock.

Through national and international tours, Hanggai had begun to make a subtle change, moving forward from the more straightforward traditional sound captured on their first album. Their live shows had begun to demonstrate the rock sensibilities of these talented players and to showcase the band’s ability to truly cross-over, from a traditional instrumental sound built around a rock framework, to a new sound, one that is a richer, more complex blend of Mongolian musical sound with modern rock sensibility.

From 2009 onwards, Hanggai played some of the best international festivals in the world, including Roskilde, Lowlands, Fuji Rock, Sziget, Wacken open air (Europe’s largest metal festival), FMM festival, Sydney festival, Bonnarroo and Womad festivals in Abu Dhabi, UK, Spain, Australia and New Zealand, The tours took them to all 5 continents and in June 2013 the band performed in Africa to add the 6th continent to their list.

In 2010 they completed their second album He who travels far which showcased a new sound the band developed over the past few years and captures the energy of their live shows. The album was produced by Ken Stringfellow, an American musician and producer who has worked with the likes of R.E.M and Neil Young, and JB Meijers, an accomplished Dutch musician and producer, who has worked with Dutch powerhouses such as De Dijk and singer actress Carice van Houten as well as the American soul legend Solomon Burke.

After a busy 2012 tour schedule, they started to work again on a new CD with recording starting in May 2013 at various studio’s in Beijing again with producer JB Meijers. In February 2014 the album Baifang – Back To You, was released by Suburban records in Europe. 2016 saw the release of their latest work Horse of Colours.