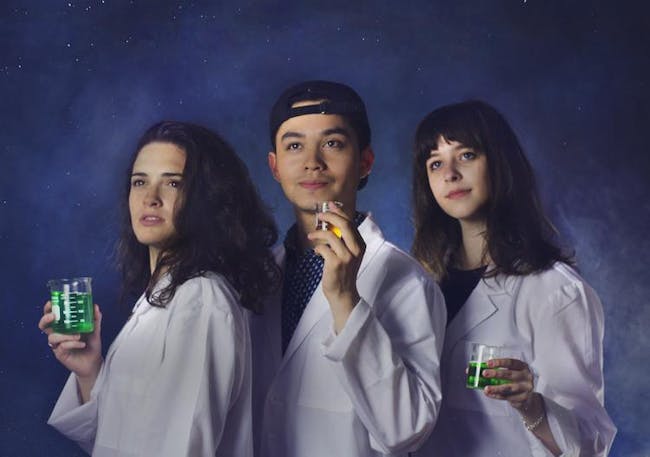 iCal
Google
Funny people, smart people, a theme and lots of drinks creates the foundation for this recurring show of wit and wisdom.

Every month, three intoxicated comedians compete to present the best scientific dissertation to a panel of real scientists.

Dr. Terry Ann Plank is a geochemist, volcanologist, and professor of Earth Science at Columbia College, Columbia University, and the Lamont Doherty Earth Observatory. Plank has spent her career researching magma and volcanoes. One specific area of her research is how the chemical composition of magma and crystals that form during eruption can provide information about the amount of water present during an eruption and explain how explosive it was. She is a 2012 MacArthur Fellow and also received the Houtermans Medal from the European Association for Geochemistry as well as the Donath Medal from the Geological Society of America