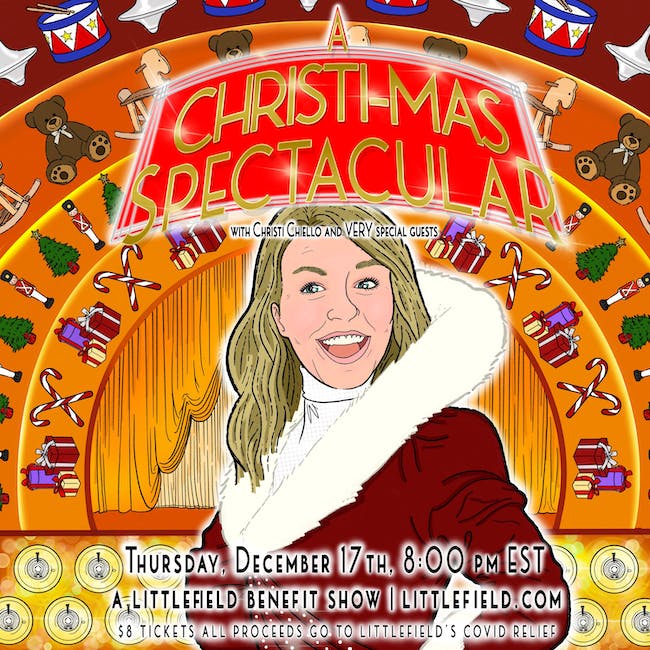 A comedy benefit show for littlefield

'Tis the season to be GIVING! Join host Christi Chiello & an onslaught of NYC comics to celebrate the season and support their favorite Brooklyn venue: littlefield! All proceeds will go directly to the venue to help with Covid relief. So let's meet (virtually) to laugh, drink & be merry for an amazing cause! We survived 2020! We deserve this!!!! 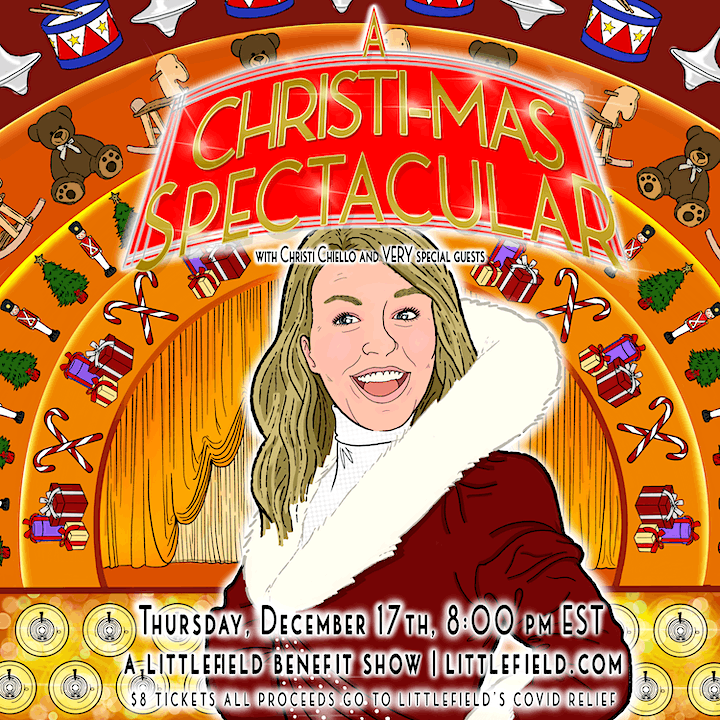 Christi Chiello made her television debut on Jeff Ross Presents Roast Battle, opposite legend Jimmy Carr. She was named a New Face of Comedy at the International Just For Laughs Comedy Festival and has appeared on TruTV’s Rachel Dratch’s Late Night Snack & IFC’s Comedy Crib. Christi wrote and stars in her acclaimed one woman show It’s Christi, B*tch! which had sold out showings at Joe’s Pub and Ars Nova & was featured in the New York Times. Currently, Christi is featured on MNN’s Chris Gethard Presents and is the warm-up comic for The XChange Rate on Yahoo. She is also the opening act for Nicole Byer at clubs and theatres all over the country. You can see Christi in the upcoming season of This Joka starring Will Smith on Quibi & follow her online @christichiello.

Chris Gethard is the host of the Beautiful/Anonymous podcast, the former host of the public access show The Chris Gethard Show, had an HBO special called Career Suicide, has written three books, been on TV (The Office, Broad City, Parks and Rec, Space Force) and in movies (Don't Think Twice, The Heat, The Other Guys), hosts Planet Scum Live, and most importantly used to co-host a little listened to podcast about soda with his friend Don Fanelli.

MATTEO LANE is a New York-based comedian whose stand-up special can be seen on Netflix’s THE COMEDY LINEUP. He has performed stand up on THE LATE SHOW WITH STEPHEN COLBERT, LATE NIGHT WITH SETH MEYERS, Comedy Central’s ADAM DEVINE’S HOUSE PARTY, THIS WEEK AT THE COMEDY CELLAR and THE COMEDY JAM, as well as HBO’s CRASHING. Fluent in five languages and with a singing range of six octaves, Matteo lived in Italy as an oil painter and opera singer before starting his comedy career.

Brittany Carney is now a stand-up comic based in New York City, where she performs at venues including the Comedy Cellar, Caroline’s on Broadway, Union Hall, and Littlefield.


Brittany began comedy in Washington, DC, where she showcased and featured at the DC Improv Comedy Club, Big Hunt, and Drafthouse Comedy Theaters.